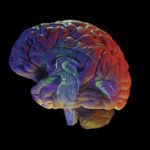 Action is needed to keep innovation going on brain-based disease and behavior, while helping young neuroscientists prepare for careers .

Call them the Brain Generation — the tens of thousands of college and graduate students working toward degrees in neuroscience, and the high school students who want to join them someday.

They’ve grown up in a time when exciting new discoveries about the brain come out every day, fueled by a revolution in scientific tools during their short lives. And that has fueled a boom in students choosing to work toward a neuroscience degree.

But even as they study and train, they’re worried about their futures – and whether they’ll get to use their brains to the fullest in a time of tight research funding.

Top senior neuroscientists are worried too. That’s why a team of them has just published a report filled with recommendations about how neuroscience education must change. Only by doing so, they say, will we keep the discoveries coming while preparing these bright young people for many paths – not just the traditional university research career.

Writing in the journal Neuron, they present key insights and recommendations that grew out of a fall 2014 workshop held by the Forum on Neuroscience and Nervous System Disorders of the National Academies of Sciences, Engineering, and Medicine.

“This should be the best of times for both the scientists and the field,” they write. “The shared task of all the stakeholders — academia, government, industry, scientific societies, foundations, and other components of the private and public sectors — is to ensure that we do not kill this hope.”